Understanding UV Security: How and Why It’s Used on Payment Documents

Why don’t we have UV in the United States? 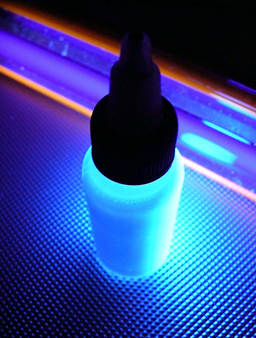 It’s not big in the U.S., but globally, dozens of countries require ultraviolet security features to be printed on checks, money orders, payment coupons and all sorts of other financial documents. The reason, as with all security features, is to prevent fraud, which UV does in two very basic ways that visible light can’t.

First, the technical challenge of printing in UV is enough that it’s not easy to get right unless you have a considerable amount of expertise. This effectively takes the small-time forger out of the game. And second, UV background printing will smudge if a name or payment amount is erased, providing an anti-tampering safeguard that is invisible to the naked eye. Even though these are relatively simple ways of using ultraviolet ink, most of the time, they are enough to deter the common criminal. Other, more complex features can be used to gain even more advanced protection if desired; however, the mere presence of UV is already a big leap ahead of conventional tactics.

But why is there no ultraviolet printing on checks in the U.S.? It’s a fine security tool that doesn’t interfere with scanning in optical light, and you don’t have to go far to find it being used – from Mexico to India, Nigeria, and dozens of other countries, it is becoming the de facto standard in paper payments security. But here’s the catch: In all of those places, UV was used on checks before any kind of large-scale image clearing began, or at the very least, introduced at the same time. (Ultraviolet ink is actually nothing new; it’s been used in many countries for decades, except with the inspection done visually, not by machine. UV scanners, on the other hand, have only been practical to manufacture for about the past three years.)

So, basically, the U.S. was early to the image-based clearing game and late to the UV game. If you were starting a clearing system from scratch, it would make sense to roll out UV equipment and take advantage of the extra security. But in the U.S., with the equipment already in place, making a switch would require replacing close to a million scanners and billions of checks, which would be cost-prohibitive. Since the Check 21 Act was passed years before the first ultraviolet scanners arrived, there was no sense in having UV checks; that information could not even be captured in an image. In other words, America was simply caught in the middle with its timing.

There’s one other important thing to know about UV: If everybody isn’t using it, it won’t work. Old, non-UV checks must be retired or cycled out, or they will cause false positives and undermine the entire system. And if everyone is using UV, they all have to be on the same page. In order for security features to work across an industry, there has to be agreement on what will be used and how it will be printed, lest each bank only be able to verify its own documents. For that season, countries with successful UV systems have universally standardized the use of ultraviolet, either through government regulation or industry cooperation. It’s an essential but little-publicized human step in making the technology work.

If you’re interested in learning more about the state of UV technology in the financial world, or to see more specific examples of how it is used, download our free white paper. To learn more about the CheXpress CX30-UV, visit our product info page or contact Sales directly.