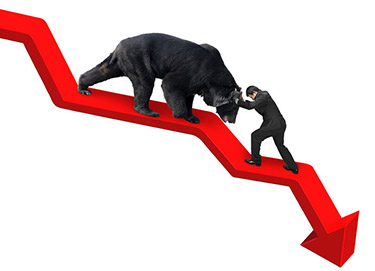 It wasn’t a bombshell announcement or a major upcoming change for the industry, but the Federal Reserve Bank’s upcoming rollout of a new payments platform contained a subtle but important bit of good news for the future of check payments in the United States. Last month at the RDC Forum: Atlanta – a new event hosted by RemoteDepositCapture.com – a Fed spokesperson outlined a new unified platform for processing check and ACH transactions that’s expected to make its debut at the central bank later this year.

To be sure, the new platform does not appear to require any massive changes in the way financial institutions handle checks; it is mainly a modernization that makes the Fed’s own internal systems more efficient and cost-effective. (Also proposed, but not in detail: a possible repository where banks could verify whether a check had already been deposited somewhere else.) In any case, that’s still great news for the paper check, and here’s why.

About a year and a half ago, Digital Check’s own series of research papers, titled The Disappearing Check, used existing trends to predict how long the paper check would continue to exist in the United States and in what numbers. In the final installment of the series, we attempted to map out the endgame as the number of checks approached zero, drawing partly on the experiences of other countries that had decided either to phase out or modernize their national check processing systems.

After a lot of dry calculations to account for things such as population density and per-capita check usage, we concluded that:

1) The end of the check will not be a gradual decline to zero checks written, but more likely an organized phase-out by the industry and/or regulators; and

2) For that to happen, the number of checks written in the U.S. would need to drop to about one-sixth of their current total – that is, to 3 billion checks per year or less.

The reasoning behind all of the above was that well before the last person stopped writing checks on his/her own, the industry would decide that the overhead costs of running a nationwide system for processing them were simply not worth it any longer, and would move to formally phase them out. Based on the actions of other countries – most notably the UK, which voted to do exactly that, then reversed course and modernized its check clearing system – it appeared the tipping point of the cost-benefit relationship was still quite a way off for the U.S. (citizens of all other countries in the world write significantly fewer checks per capita than Americans do).

The Fed’s new processing platform should make the cost side of the equation a lot friendlier: The less each check costs to process, the less grumbling there will be about the overhead, and the longer it should take to reach the phase-out point. Should the idea come to pass, a central repository for duplicate verification would almost certainly drive down the fraud and risk costs associated with RDC, pushing the volume “floor” for checks even lower.

It should be noted that some sort of automated duplicate detection is a common practice for other countries that have recently introduced check scanning in one form or another. The fact that the U.S. went first in adopting electronic check processing meant that many technologies taken for granted today didn’t exist when we built our original clearing infrastructure. However, a major overhaul of the central platform brings with it the opportunity to include more modern upgrades – and we’re certain this is one that everyone except the criminals will appreciate.

It’s yet another piece of welcome news for the check, which after years of being left for dead, finally saw its steep decline come to a near-halt in the latest official numbers released in the 2016 Federal Reserve Payments Study. If past trends had held up, the number of checks written in this country would have been projected to drop to zero by the year 2021. But at the rate uncovered in the most recent study, that won’t happen until late 2038. There’s no telling whether the Fed’s modernization initiative will affect things that far into the future, but it’s certainly a positive sign for the short and middle term.