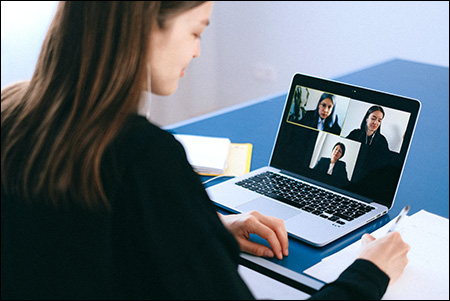 Where did these guys come from, and how did they beat the tech giants overnight? Some of it may have been the features, but a big part was removing setup and account barriers. (Photo: Anna Shvets / Pexels)

“I’ve barely even heard of Zoom before. Why did everyone suddenly start using them for videoconferencing? Where did they come from?”

If you’re like most people, there’s a good chance you uttered something like the above around March of 2020. Zoom may not have been “brand new” at the time (it was founded in 2011), but as far as household names in software go, it would have been pretty low on the list.

On top of that, videoconferencing itself was neither a new development nor a new market. For more than 20 years, various well-recognized platforms had already been competing in the space, many backed by well-known tech supergiants: Apple, Cisco, Google, Microsoft, even Facebook. There were already existing products targeted at businesses; at individuals; at desktop PC users; at mobile users – and many of the available choices were free.

So, how on Earth did Zoom come out of nowhere to gain status as the nationwide standard overnight? Those who are familiar with it in detail can point out a few technical features that gave it an early advantage in certain situations, such as interactive discussions like the ones you’d have in a classroom. But if you were an Average Joe who just needed regular video chat, what was the difference? Skype had been offering free video calls and conferencing since 2003, and everyone already knew about it. Why didn’t everybody just use Skype?

The Price Tag of Inertia 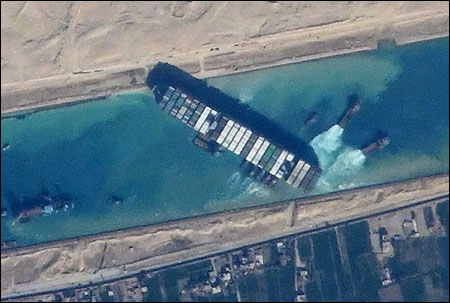 Objects at rest tend to stay at rest. (Photo: nasa.gov)

If there’s one lesson that can be learned from Zoom’s meteoric rise, it’s how incredibly valuable even a small bit of convenience can be. Or, from a glass-is-half-empty perspective, just how much people hate extra steps. Even if you were not a video chat power user, and you were indifferent to 99% of the features and benefits of the various apps, as of March 2020, there was still one thing that made all the difference in the world:

Zoom did not require you to create an account in order to join a meeting.

How much do people dislike creating accounts? Well, according to e-commerce studies, somewhere between a quarter and a third of online shoppers will abandon their purchases outright if they’re made to create a new account. Nearly four in five Internet users in general will have recently forgotten at least one password and needed a reset. If it’s not absolutely necessary to create an account, people will look for alternatives.

As silly as it sounds, that one little thing may have been worth $140 billion – the difference between Zoom’s market cap in February 2020 and its peak that September. Imagine being a teacher trying to organize a class – or a department manager trying to organize a meeting – with a different platform, only to find that most of the participants weren’t members yet, and then being forced to wait for them to create an account and “add” you. You’d be lucky if half of them ever showed up at all. Not only would the Average Joes hate having to create an account; you would hate that the Average Joes had to create accounts, too.

Was that really what made the whole difference? If not, it’s sure close. After all, the technological differences between the platforms were far from insurmountable (by April 6, 2020, Skype had added features like screen sharing, background blurring, in-app recording, and yes, account-free meetings). But by then, it was an uphill battle; the drumbeat was going, and the momentum was already squeezing out competitors. And so, Zoom benefited from inertia both coming and going:

Once everyone has begun gravitating toward a single standard that works acceptably, it’s very difficult to pull them away.

If it ain’t broke, don’t fix it. Maybe it’s a cliché, but it’s another way of stating one of the fundamental rules of physics: Objects in motion tend to stay in motion. Objects at rest tend to stay at rest. If people are happy using a particular service, or even neutral about it, then if you want them to make a change, you had better be offering something that’s really a cut above.

Out of anyone, Microsoft (the owner of Skype) ought to be familiar with the effect of inertia from its Windows business; and Google (owner of Google Meet, Hangouts, Chat, etc.) should be thoroughly aware of that from its search business. Once something is entrenched, it’s much harder to entice people to switch – especially when the service that they’re using is free and requires no sign-up.

What does this have to do with the future of payments? 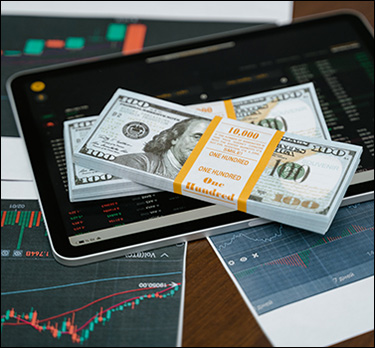 What reason is there to pay with paper in a time when everything’s mobile? The answer is one word: Compatibility.
(Photo: Tima Miroshnichenko / Pexels)

If you have any doubt about the critical importance of inertia and interoperability, consider for a moment how it could be possible that the great majority of Americans carry in their pockets a device millions of times more powerful than the computers that sent humans to the moon – yet a significant percentage of our commercial interactions are still carried out by handing each other pieces of paper. Why is it that cash and checks continue to stubbornly hang on, when you would think people would be using almost anything else?

To answer that, we need look no further than PayPal, one of the original gold standards of online commerce and a huge success in its own right. You could say that PayPal is to online payments roughly what Skype was to video chat as of late 2019: well-established; a user base in the hundreds of millions; and free of charge for the casual user. If you asked the average person about PayPal, he or she would probably be familiar with the name and with how the product worked.

But what happens if you use your PayPal account to send money to someone who isn’t also a PayPal member? They’ll receive a message telling them to create a PayPal account. It may only take a few minutes, but it’s not completely effortless – and we’ve already seen how people react to account setup requirements.

To be fair, you’ve got to be a bit more thorough when you’re dealing with people’s money than when you’re inviting them to a video conference, and so of course one is not going to be as seamless as the other. It’s not that there’s anything wrong with PayPal; we’ve just illustrated how difficult it is to achieve a truly user-friendly experience in payments, when people’s tolerance for obstacles is so low at the same time their demand for safety and security are so high. It is not an enviable situation in which to find oneself.

On the other hand, you don’t need to be a member of cash in order to pay someone with cash.

You probably need some kind of account to pay someone with a check, but as long as you’ve got that taken care of on your end, you can pretty much just hand a check to anyone without worrying about whether they have a certain kind of account, or whether they’re a member of anything. That’s probably the main thing that’s allowed the paper payments duo to remain competitive with their electronic cousins. Just like Zoom, they have extremely low barriers to entry – although unlike Zoom, this helps them compensate for a lack of features, rather than capitalize on an abundance of them.

What we’ve ultimately discovered here is what it will finally take for any new form of payment to bury paper for good. Over the decades, hundreds of new apps and inventions have come along promising to be “the cash killer” or “the check killer,” but none have ever finished the job all the way. Many of them have come to dominate certain sectors – but stubbornly, improbably, some of the paper always remains beyond their reach.

“You have to be signed up.”

If there’s one lesson that we can take away from Zoom’s overnight success story, it’s that being good gives you an advantage – but being easy is just as important.

More to the point, it’s almost unbelievable just how easy you have to make it. A mobile payment app might offer you several ways to pay, real-time account balances, tracking, reporting, geolocation, breakdowns by category, and financial advice. A check is a piece of paper with a dollar amount scrawled across the front. But, in some cases, the check is easier (or cheaper), and so that’s what people use. For all the up-and-coming ideas that are aiming to unseat the remaining paper payments, that will be a critical quality: You can be as good as you want, and as fast as you want – but how can you make it easy?