Why the Lowly Check is the Consumer’s Best Friend

“Checks are going away.”

“How many people do you see paying with a check anymore?”

“Paper is dead – mobile is the future.”

These may be three of the most common statements you’ll hear in the payments business. And with annual check volume declining in the U.S. year after year, it would seem they’re well on their way to becoming truth. But in the face of all this more convenient, more modern competition, one thing above all else is helping the beleaguered check hang on – and, in fact, making it an oft-overlooked asset for both businesses and consumers alike.

In a big-picture sense, nobody is really making any money off of checks. That’s not to say they’re not making any money at all, but fundamentally, checks are provided as a low-cost, expected customer convenience, rather than a for-profit payment service. We’ve all heard a parallel argument in the cash-versus-credit-cards debate: Credit cards are the de facto standard for consumer payments, but businesses hate them, especially for large purchases, because the fees are measured in percentage points rather than flat per-transaction costs. Cash (and checks) are antiquated and messy to deal with, but once you get past that, they’re very low-cost forms of payment as far as the retailer is concerned. 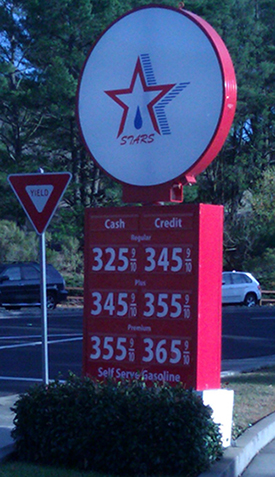 For all the convenience and simplicity that other payment methods and e-commerce options bring to our lives, the new ones (meaning: any payment platform invented since the advent of the PC) are mostly based on percentage fees charged to the retailer. It’s now possible to choose from hundreds of different ways to pay online, with an app, using a mobile wallet, with NFC, or any number of other methods that are – at their base level – an electronic wrapper on a credit card or debit transaction, with percentage fees for methods that deal with mid- to high-value transactions, and per-item fees for those dealing with low-value, high-volume transactions. It’s no different for the kings of online retail: eBay, Amazon and PayPal built billion-dollar empires based on the percentage fee charged to the merchant.

While it’s fun to calculate how many billions of dollars that, say, T-Mobile or Comcast are “throwing away” by accepting credit cards, the fact is that most businesses – of all sizes – simply include those fees in their prices (see photo). So in the long run, it’s the consumer who pays the transaction fees anyway. A better fundamental question to ask is: Who’s making money off of checks? The banks? Few charge meaningful fees to consumers; most focus on keeping costs down. The ones doing the clearing? No, the settlement process is not for profit. The software providers? Perhaps, but check processing is often an auxiliary feature to a core banking system. The check printers? Maybe, but there’s a limited amount of money to be made there.

So for all people talk about the check being an outdated payment method that’s a relic of a bygone era – they’re absolutely right. The converse is that they’re also a relic of an era when companies provided services solely to improve the customer experience, and when the percentage fee was not a regular part of payments lingo.

Of course, try applying credit-card style rules and fee structures to the check and its younger cousin, the banking account debit – as some have certainly tried – and most people would simply abandon them in favor of cards. For that reason, the check remains an anomaly, a payment method forever stuck in the 1950s, with all the drawbacks – as well as the certain unheralded benefits – you might expect from those times.

Read More →
November 3, 2022
Back to Blog →
PreviousRecap: What Was New in 2013?
NextWindows XP Phaseout: FAQ for Banks and Software Providers