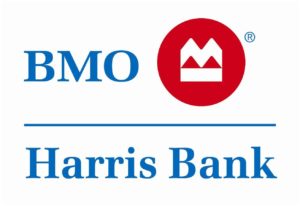 We’ve been watching the lead-up to remote deposit capture in Canada for about two years now, and last month marked an important milestone as Bank of Montreal officially launched its BMO DepositEdgeTM service in the Canadian market. Almost 10 years to the day after the Check 21 Act took effect in the United States, BMO became the third of the “Big Five” Canadian banks to roll out RDC north of the border.

It’s also worth mentioning that BMO became — as far as we know — just the second bank in the world, after Canada’s TD Bank, to successfully deploy remote deposit capture in the U.S. and then in another country. (BMO has been providing remote deposit on the southern side of the border under the BMO Harris name since 2006.) So, how did the two experiences compare?

First, it’s important to note that the clearing process in Canada, while similar to that in the U.S., is different enough that you can’t just take an American RDC or teller capture platform and plug it in. So while BMO’s experience in the United States proved valuable, and the U.S. operations folks were involved in the Canadian project from the get-go, building that system was ultimately a separate project with a parallel scope. For multinational banks, this is a scenario likely to repeat itself unless the countries in question happen to share a standardized payments system.

That aside, the positive differences on the other side of the border are tremendous. For one, public awareness and acceptance of the technology is many times higher than what it was when RDC was introduced in the States. Instead of being unacquainted with remote deposit — or even suspicious of it, as some American consumers were — the Canadian public has been excited and viewed RDC as a service of convenience and an important step forward, especially for businesses. On launch day, BMO reported that it had hundreds of business customers who had already asked about it and were waiting for the release date. Ten years has made remote deposit much less of a “hard sell.”

To be sure, the introduction of RDC (and the rise of online banking generally) has had an even greater impact for certain Canadians, especially those living in isolated communities. While the pun about “remote” deposit is tempting here, the fact is that limited infrastructure has created challenges for both the customers living in these towns and for the banks themselves, and the more services can be pushed online, the easier it is for both. As a continental country like the U.S., Canada also required an air transport network for its cheque clearing system, with remote communities presenting a particular challenge. As in the U.S., electronic clearing is expected to eventually reduce the need for this kind of transportation to near zero.

Finally, another facet of the conversation was the declining usage of cheques worldwide — if the number of cheques written is declining, is it worth investing in a new system? In Canada, the discussion was a brief one, with a consensus that the efficiency gains over operating the old paper system would make up for the initial investment in a short time. We’ve noticed this same debate taking place all over the world in countries that are considering cheque truncation or image-exchange clearing processes, and the result — sometimes with grumbling from the banks, sometimes not ”— has invariably been that cheques will be around long enough that modernizing is better than continuing with the status quo.