This is the third and final part of our series (check out Part 1 & Part 2) of educational articles on branch networking and how it applies to teller peripherals like scanners and printers, in particular. In the previous article of this series, we focused on the different ways scanners can connect to branch networks in a virtual environment and how that helps make the branch run more smoothly. This time, we’ll explore how the extra onboard computing power of a network scanner can allow the scanner to be used in new w ays and perform other “bonus” functions aside from scanning. 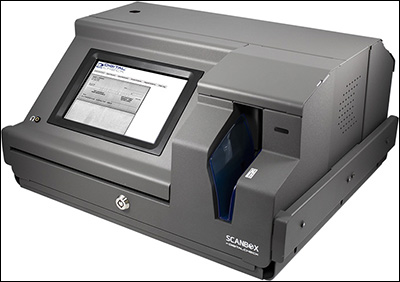 While the most common way to set up an in-branch network is by using a hardwired Ethernet connection, it can sometimes be useful to have a cable-free option. For instance, our ScanBox platform, designed to be used in kiosks and other self-service settings, is based around a check scanner driven by a SecureLink device, with a tablet providing the user interface for the customer. That gives it three options for communicating with other devices: An Ethernet cable, the SecureLink device’s WiFi , or even a mobile connection.

That’s exactly what one European payments company did with its own kiosks that capture checks for deposits and billpay. By using the 4G capability of the tablet, this customer was able to deploy kiosks in public areas with no nearby Internet access, expanding the number of potential locations exponentially.

As mentioned in the previous article in this series, Branch Networking with Scanners and Peripherals, it is technically possible for control of a network-addressable scanner to be handed off from one workstation to another. Perhaps disappointingly, this can be difficult to execute in a bank branch – the volume and timing of transactions often creates conflicts or delays as two tellers “compete” for the same device.

The sharing capability has, however, allowed some innovative new uses for scanners in places where we never would’ve imagined they would go a few years ago. One example is a recent pilot program for companies with numerous delivery and service drivers, each of whom collects multiple checks per day while making his or her rounds. At the end of the employees’ shifts, the drivers run their checks through a common scanner at the depot, each driver signing in through a shared tablet. Besides keeping the process simple, the system has allowed easy tracking of deposits on a per-user basis, making for very simple reporting and error-checking.

Let the scanner do the heavy lifting 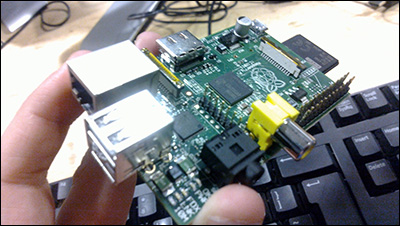 Barebones computers – such as the Raspberry Pi shown here – have become so small and inexpensive that it’s now possible to put them in almost anything. A device like this now has similar processing power to a high-end computer from the early 2000s. (photo: Doug Belshaw / Creative Commons 2.0

A decade ago , most scanners were “dumb” machines whose job was simply to capture MICR data and a raw image of a check, and pass them along to a PC to convert it into a deposit-ready image. There wasn’t much more to the process than that.

These days, though, additional functions are being “stacked” on top of the actual image processing – from image enhancement and cleanup, to security and validation tests, to various forms of character recognition, to interfacing with and exporting to any number of external programs. It’s starting to matter much more where these functions happen, and in what order. Take local workstations out of the equation, and that question suddenly becomes extremely important.

The small CPUs inside (or attached to) network-capable scanners may not be much compared to the power of desktop PCs, but they’re enough to handle much of the image processing and auxiliary functions. The more that’s handled onboard the scanner, the less data needs to traverse the network repeatedly. It’s now possible for these “smart” scanners to hand off a finished image, not a raw photo a few megabytes in size, to the workstation or server. They can also extract key data for export to other programs.

Once you can perform all the key image processing onboard the check scanner itself, it opens all sorts of new possibilities for which kinds of devices can initiate deposits, where they can do it, and how much processing power they require. Previously, the answer to all of those involved a dedicated desktop PC somewhere in the process, but that’s not necessarily the case anymore. Even in a regular branch network, doing the processing on the scanner cuts down greatly on the amount of data that needs to be transmitted back and forth across the network, speeding up the process dramatically.

Bringing It All Together

To summarize what we’ve discussed in this series, branch networks and networked scanners are nothing new. In fact, at Digital Check, we’re already on the third generation: Our original network-enabled scanner, the SourceNDP series, debuted in 1998, followed by the SmartSource Expert in 2007 and multiple models since. The new and important developments about networking include:

As the branch has evolved, we’ve made sure our hardware has kept pace along the way, and we’ve seen all sorts of creative ways to use the new and improved power of scanning hardware. The above cases represent just the tip of the iceberg – more are being discovered every day, with the imagination of our customers being the only limit. We’re sure these improvements will be far from the last!