Sections in this Case Study:
1. Main Article — How Mixed-Batch Capture Simplifies Accounting and CRM
2. Sidebar (this page) — Why Electronic Check Deposits Are Especially Vital in the Agriculture Business 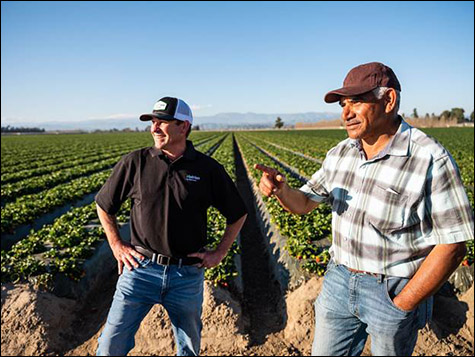 Since it sells directly to farmers and growers, Nutrien has unique relationships with each of its customers. Local offices have traditionally been left to handle payments and record-keeping for each account in their own way — with one exception: All checks must be deposited electronically.

Thanks to the localized nature of Nutrien’s retail business, each store enjoys considerable autonomy over its own backroom processes. Individual branch managers have the final decision over payment acceptance, customer relationship management, and local record-keeping. Only in certain instances does corporate policy take over.

“All of these decisions are left to the branch, except for the really big ones,” says Lisa Pulst, Nutrien’s accounts receivable operations lead. “One of those big decisions is electronic check deposit.”

At first glance, it might seem a little strange that check processing, of all things, would rank highly enough on Nutrien’s chart of “big decisions” that the corporate offce would step in. But
remote deposit capture has been a top priority on the company’s financial to-do list since very early on in the game.

Nutrien has used RDC in all of its locations in the United States since 2008 – and it was the first company to roll it out in Canada when it became legal in 2014.

Why all the attention for this relatively obscure process? As Pulst explains, it’s about cash flow and funds availability on the more than $7.5 billion in check payments that Nutrien accepts every
year. With such massive amounts involved, time truly is money.

Theoretically, Pulst says, “If we were put in a position to borrow money on the float [for our check payments], the cost to us would be in the millions of dollars per month.” Even a more conservative analysis – such as the missed opportunity costs from money tied up in check float, even if no money was borrowed – indicates the company’s bottom line would be impacted by tens of thousands of dollars per day by any delays in payment processing.

Since Nutrien’s primary bank provides same-day funds availability, using remote deposit paid for itself very quickly. The company actually deposits checks even more often than that, Pulst says. That’s partly a function of the company’s practice of processing all scanned check images in its central operations office for a single batch deposit. Under the old system, the huge numbers of checks had to be spread out through the day to avoid bottlenecks; however, that has improved markedly in recent years.

“We do three deposit windows a day in the United States – morning, midday, and end-of-day,” Pulst says. “We can process and upload a batch in 10 minutes now. That’s down from an hour and a half in the past, which was still with remote deposit capture.” 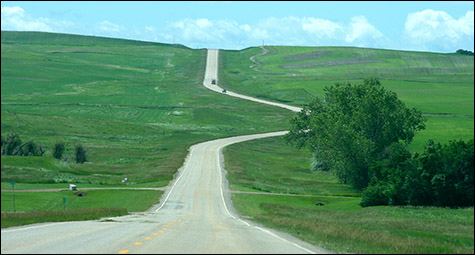 When your retail locations are in rural areas, the nearest bank branch can be a long drive away — and your choices among financial institutions may be limited.
(photo courtesy of ClizBiz / Creative Commons 2.0)

Eliminating float may be the most visible dollars-and-cents metric that justifies Nutrien’s focus on remote deposit, but there’s another reason for it as well. The company’s vast geographic spread means that practical considerations, not just financial ones, come into play for its day-to-day banking relationships.

“Our branches are where our business is – they’re in farmland,” Pulst says. “If they’re in town, they’re on the outskirts, at best.”

To be clear, when we say, “the outskirts,” we’re not talking about the suburbs. When you’re doing business in Hines Creek, Alberta (pop. 346), or Grace City, North Dakota (pop. 63), you’re dealing with a whole different level of remoteness.

“[Our branches] are within range of where their employees live, and of other stores, so they’re more rural, but not in the middle of absolute nowhere,” Pulst said – adding that it’s “not uncommon”
for the more isolated locations to be a 20- or 30-minute drive to the nearest bank. On top of making it impractical to send an employee on such a route every day, there are also more non-financial concerns.

“There’s a safety feature in not driving daily to the bank,” Pulst says. “That goes for the safety of the employees, as well as the security of the deposit.”

For a company the size of Nutrien, manual check deposits would also present another challenge: There are limited options to choose from when operating in less-populated areas. If you’re trying to stick with a single primary banking relationship, but you’re operating in small towns with only one or two bank branches each – there’s a good chance your “main” bank isn’t going to be there.

Handling all deposits locally would mean using potentially dozens or even hundreds of different banks, on both sides of the border. Remote deposit makes it easier to keep that part of the process together in a single environment, eliminating a tremendous complication in accounts receivable reconciliation, balancing and auditing – as well as making it easier to keep track of the money later.