When magnetic ink came into widespread use on checks in the 1950s, it was more or less unthinkable that anyone would be trying to print their own. With no such thing as a personal or office computer, the learning curve was far too steep, and the equipment cost-prohibitive, to be worth your while unless you were a professional printer.

Before long, though, office printers and desktop publishing software became commonplace, and printing one’s own checks became a much more widespread occurrence in the business world.

To be sure, there are certain advantages to printing your own checks. The most obvious is that it saves money. And there’s also a slight security benefit: Printing them as needed means you don’t need to worry about having a stack of papers laying around with your bank account information printed right on the front.

When it comes time to deposit them, though, the real fun starts – the trouble that self-printed checks cause behind the scenes is second to none in the MICR world. 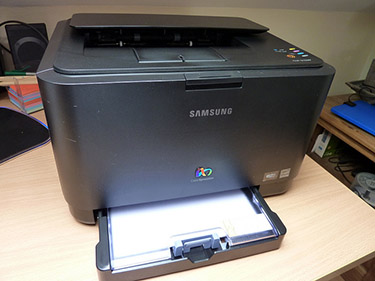 What makes these DIY payment documents into such a nuisance? Mainly, it’s what’s in the ink. Right off the bat, anything that comes from an Inkjet printer is going to have a magnetic signal strength of zero, because MICR and Inkjets just don’t go together. If you tried to make a MICR Inkjet cartridge, all the magnetic particles would simply settle to the bottom, and you’d be left with regular ink. So the right kind of ink simply is not available.

Make no mistake – plenty of people can and do print their own checks using Inkjet printers, and they’re perfectly legal documents. But with no magnetic signal, at most banks, they’ll automatically trigger an error when they’re scanned, so someone will have to take a look at the image and manually confirm the account and routing numbers at the bottom.

Not really a huge deal in the grand scheme of things – but, any time you add a human interaction, you introduce a small chance for human error: Misreading, mistyping, and the like.

Laser printers are another story. Instead of liquid ink, they use solid toner, and that can have magnetic particles embedded in it with no problem. In fact, all laser printer toner is slightly magnetic – that’s how the laser directs it to the right spot on the page. It is even possible to buy MICR toner cartridges specifically for check printing. However, those are expensive and rarely used, so most laser-printed checks are still of the ordinary variety.

And it’s ordinary toner that poses the biggest problem for banks (and for equipment manufacturers like us). It tends to have a magnetic signal strength of about 20 percent – just enough for a MICR reader to know something’s there, but so weak that trying to read it as if it were a normal check produces a garbled mess. 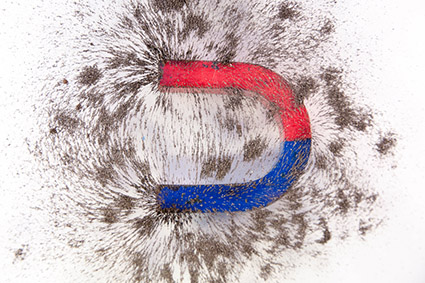 To a MICR reader, this is every character on a laser-printed check.

If you remember from our previous articles on checks and magnetism, MICR readers don’t actually “see” full characters the way your eye does (or the way Optical Character Recognition engines do). They only measure the strength of the magnetic signal in a vertical line, every 0.013” from left to right, resulting in a particular wave pattern for each character. When you drop the signal strength, that wave becomes flatter and flatter, and eventually gets to the point where if you force the machine to make a guess, it’s just as likely to get the wrong character as the right one.

This problem didn’t start with laser printing, though: Around the world, and even among professionally printed checks in the same country, you will find huge differences in the quality of printing, including the magnetic printing. So our check scanners were long ago designed to account for signal strengths varying from as high as 200 percent (overprinting) all the way down to about 40 percent, which covered most of the checks that had any magnetism at all. But, as laser printing became more common, demand grew for scanners that could detect all the way down to 20 percent, and that’s where our newest-generation devices are today.

Of course, even that has its issues. For example, in Singapore, all checks are ordered directly through banks, who have strict quality controls and are certain that each one has the correct magnetic strength. A side benefit of this policy was that it was easy to tell what was a forgery: If a check was photocopied or printed at home, the MICR line wouldn’t be picked up, and it would be rejected. But if you can read the signal at 20 percent, suddenly anything printed on a laser printer or a laser photocopier is viable, opening the door to all sorts of other less-than-desirable situations.

One final issue with laser-printed checks: Since the toner uses magnetism to help the laser do its job, it means that not only does the printing at the bottom have a 20 percent magnetic signal – everything has a 20 percent magnetic signal. So if one of these checks doesn’t follow a standard format – has other things printed too close to the MICR line, for example – then the interference could cause a misread as well.

In the big picture, self-printed checks are only a small fraction of all the checks, money orders, and other documents that are scanned by banks every day, and modern scanners and software have (thankfully) reduced their impact to more of a background nuisance than a critical failure. But as we see constantly in the evolving world of payments, they’re another reminder that every new technology brings along its own unforeseen set of quirks and challenges.