Last month, the UK’s Cheque and Credit Clearing Company ”” which manages the cheque clearing system in most of Britain ”” held its 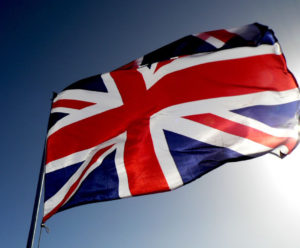 annual event in London, the Cheque User Forum 2014 (see video below). But this time, as our friends and partners in Britain tell us, things were a little different from usual, given the big change in direction that has taken place with cheques there recently.

For those in America who haven’t been following the story closely, here’s what’s happening in the UK: Currently, the country operates on a paper cheque clearing system, similar to the one in place in the United States prior to the Check 21 Act, but with a few differences (due to the shorter distances involved, for example, trains are often used instead of planes to transport paper cheques). In 2009, the banking industry announced a plan to shut down that paper clearing system by 2018, effectively ending the use of cheques permanently. However, after some discussion, that decision was reversed in 2011, and the new goal became to establish an electronic clearing system that would make the use of cheques more efficient for both banks and customers.

There will be some interesting twists to the adoption of truncation by banks in the UK. With 10 years of real-world use, the technology has been proven and widely accepted; many financial institutions have reacted with enthusiasm for the new possibilities, rather than trepidation. The current “2-4-6” process that will be replaced by electronic clearing (two days before the depositor starts earning interest on the funds deposited by cheque; four days before the funds themselves are transferred; six days before it is certain the cheque will not bounce) is unpopular among customers, who are glad at the prospect of faster funds availability.

We’ll be looking forward to see what/s in store in the coming months, as truncation moves closer to becoming a reality.