New Card by Brink’s Could Give Unbanked More Options

Prepaid cards have taken over a big chunk of the B2C payments market, rising from relative obscurity a decade ago to over 9 billion transactions in 2013 – that’s 7 percent of all payments made in the United States. Today, when a company gives you a refund, a rebate, or a prize, you’re expecting it will come in the form of a prepaid debit card. 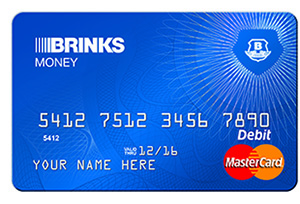 But prepaid still has a lot of uncharted territory to cover. Those 9 billion transactions per year, according to the Federal Reserve Bank, account for 0 percent of all payments by value – or, in other words, somewhere between 0 and 0.5 percent, rounded down. That tells us that prepaid cards mostly still occupy a niche role at the low-value end of payments. Indeed, they come in lower than any of the other four major payment types (debit, credit, check and ACH) mentioned by the Fed.

The high end is a vast untapped market, specifically in the area of recurring B2C payments. Our partners at Brink’s – yes, the same Brink’s you probably know as the familiar face of the armored car business – recently placed a bet on this trend when they introduced the Brink’s Money Card last year. The product, a reloadable, MasterCard-branded paycard, is aimed at payroll and similar uses.

“Payroll?” you’re wondering. “What’s the use of a paycard for payroll when there’s direct deposit?” You’d have a point: Direct deposit has largely replaced the traditional paycheck, and is highly incentivized by both banks and employers, so billions of paychecks every year are issued exactly that way. On the other hand, according to the FDIC, at least 10 million U.S. households lack proper banking services, and many smaller businesses are not equipped for direct deposit, so further billions of paychecks are not issued through direct deposit.

The introduction of Brink’s and other reloadable payroll cards aimed at high-value transactions signifies an important shift in payroll solutions. According to research firm Aite Group, in 2012 more than 4.6 million employees received upwards of $34 billion in wages by payroll card, and those numbers are expected to double by 2017, to 10.8 million and $68.9 billion, respectively. The growing trend in payroll cards is fueled by a combination of factors:

Brink’s Money works like a prepaid debit card that employers deposit wages to each payday, giving employees instant access to their payroll funds in a convenient card that can be used to pay bills, make purchases and get cash. For more information on Brink’s payroll card solutions, visit www.brinkspayrollcard.com.