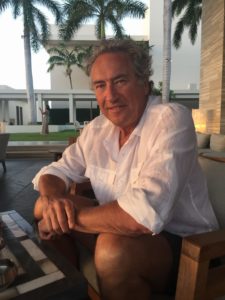 Tom Anderson is an Eagle Scout, Order of the Arrow, played college basketball, attended Washington & Jefferson College, and graduated in 1971 from Miami University with a Degree in Business. He served as Lieutenant / Damage Control Officer – USNR in the U.S. Navy, Atlantic fleet from 1971-1973.

He has been married 30 years to his wife, Pamela, and has two sons, Matt and Fitz, who are both employed in the business, and three (3) grandchildren.

In the mid 1970’s, he began his career with Microseal Corporation (predecessor to Digital Check Corp.) a global provider of microfilm supplies that was founded by his father, Thomas P. Anderson, Sr., in 1959.

Mr. Anderson became President and CEO of Microseal in 1987, and the following year acquired Data Conversion Inc., a California-based company specializing in high-speed film and document scanning. The former DCI headquarters remains the production facility for Digital Check Corp today. In 1994, he successfully managed the sale of the company’s analog microfilm assets to Bell & Howell. This allowed him to change the focus of the company to the emerging digital document and check scanning markets. Following the sale of Microseal in 1994, he renamed the company Digital Check Corp., and has led the success of the company and brand in the check scanning business since then.

Digital Check Corp. and ST Imaging are leading providers of check and microfilm scanning hardware in the world. The headquarters is located in Northbrook, IL, with an additional 50,000 square feet production facility in Rancho Cucamonga, CA. The company, with just over 100 employees, develops state of the art check and microfilm imaging scanners sold through channel partners worldwide.

Digital Check’s most recent microfilm acquisition concluded in 2015 with the addition of nextScan, Inc., a Meridian, Idaho-based micrographics conversion and document management technology company.  nextScan compliments the products currently being offered by ST Imaging by adding higher-speed hardware and related software to the lineup.